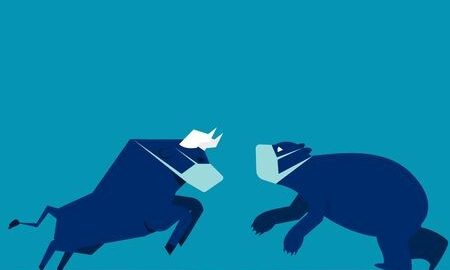 March 2020 was brutal for the Indian mutual funds (MF) industry. The BSE Sensex fell by 31 percent, while the BSE Mid-cap and BSE Small-Cap indices fell by 32 and 32 percent, respectively, between January and March. Equity funds, on an average, fell by 27 percent in this period. All diversified funds fell, but some fell by a lesser extent than the others.

We considered only those categories that are diversified across sectors and stocks: large-cap, large and mid-cap, multi-cap, mid-cap, small cap, focused (these can invest in a maximum of 30 stocks) and value funds. All schemes with assets of less Rs 100 crore were ignored. We ranked the schemes based on their January-March 2020 returns in descending order and divided them into five quintiles to understand which ones outperformed or underperformed, based on Valueresearch data.

Many winners, but investors lose out

Although some funds outperformed the rest, not many investors may have been able to latch on to such winners. If, say, out of 29 large-cap funds, nine came in the top two quintiles and eight came in the bottom two quintiles, you’d expect around half the mutual fund investors to have limited their losses. But that wasn’t the case. Of the Rs 3.86 trillion worth of equity funds considered, nearly 72 percent of the assets under management was in schemes that came in the bottom quintiles <see table>. In large-cap funds, for instance, nearly Rs 1.13 trillion worth of assets lie in the bottom quintile of funds. Just under Rs 19,000 crore of assets are in the top quartile funds. “Size has been an issue with large-sized funds for a long time now. But in such sharp market crashes, these funds lose their agility. They aren’t able to turn around their portfolios or sell stocks that are crashing, swiftly,” says Srikanth Bhagavat, managing director, Hexagon Capital Advisors.

Typically a large-sized fund can be one with assets in excess of Rs 10,000 crore. There were 15 such schemes in our basket. Of these, just two – Axis Bluechip (Rs 11,824 crore as on March-end) and UTI Equity (Rs 10,499 crore) – came in the top quintiles. Most of the other funds, with the exception of four schemes, came in the bottom quartiles.

Axis AMC and Canara Robeco AMC did better than the others in the market crash. Both fund houses have been consistent performers across equity fund categories for quite some time now. “Canara Robeco’s equity funds have a strong growth bias, which helped in the rally up to January 2020,” says Kaustubh Belapurkar, director of fund research at Morningstar India.

A few key things worked for Axis MF. Jinesh Gopani, Head-equity at Axis AMC says that the fund houses consistently invested in well-managed companies with strong leadership. The ability of such leadership, he says, to navigate the good as well as bad times such as raising capital at the right time, de-leveraging at the right time and ensuring the company focuses on its return-on-equity are keys to a company’s success. A higher-than-normal cash allocation in many of Axis’ equity schemes before the pandemic broke out also helped protect its downside.

But Jinesh says that the high cash levels were coincidental. “The economy had not been growing at the desired pace. Sales, even during festive times as late as last Diwali, were muted as people were spending less. But if our funds get inflows, then we have to be careful about where we deploy them,” he says while adding that this market crash has given his funds ample opportunities to buy at lower levels.

Axis’ equity schemes have also churned their portfolios a tad more than peers. But Jinesh justifies it by saying that funds need to be agile in the wake of constant turbulence.

On the other hand, fund houses such as Franklin Templeton India, HDFC AMC and Nippon India had among the worst performing equity schemes.

This category is the surprise outperformer. Although a focused approach in portfolio management was used more as a strategy by a handful of fund managers across their schemes, this is now officially a separate category of funds. As per market regulator SEBI’s definition, a focused fund can invest in a maximum of 30 stocks.

Focused funds mainly invest in large and mid-cap stocks. Of the 18 focused funds, 10 came in the top quintiles and only five finished at the bottom. Given that very few stocks in the markets have done well in the past couple of years, a focused approach would have worked well for fund managers.

“Surprising as this result is, we’ve seen fewer companies do better than most on the stock markets in recent times. Earning growth for most companies has been ordinary. So, diversification hasn’t helped in the last year or so,” says Roopali Prabhu, head of investment products, Sanctum Wealth.

But focused funds are a double-edged sword. “Fund managers with concentrated portfolios tend to go through “realisation” periods when a number of their ideas come to play and performance is exceptional. They similarly can go through waiting periods where performance can be poor,” says Ravi Kumar T.V., founder, Gaining Ground Investment Services.

The good news: All value-styled funds (16) outperformed their benchmark indices between January and March 2020 by a wide margin. However, they failed miserably when compared to other diversified categories of equity funds. Nine schemes came in the bottom two quintiles and none made it to the top quintile.

But value-styled funds have been down in the dumps for quite some time. Over the past three-year period, value funds have lost seven percent on an average, as compared to a loss of 4.45 percent on an average by all equity funds taken together. Typically, experts recommend comparing a fund’s performance vis-à-vis its benchmark as one of the parameters to ascertain how good or a bad a scheme is. But in some categories, comparing with benchmarks may not work.

But Ravi isn’t perturbed. “Markets are not as efficient. Sectors and stocks often fall in and out of favour. As investor confidence and sentiment rise and fall, valuations can change dramatically. And while undervalued and overvalued stocks can stay that way for a while, eventually valuations head back towards normal, at times even overshooting. Then, they move past fair value and become expensive. This is what happens in a value fund,” says Ravi. Studies over time, he points out, have proved that investing more in assets that are relatively cheaper than average can lead to superior long-term returns.

Like all other categories, small-cap funds also had a mixed bag of outperformers (top two quintile performers) and underperformers (bottom two quintiles). But here’s what stood out in our analysis. Small-sized small cap funds outperformed the bigger ones.

However, the funds that did well had an average asset size of Rs 1,142 crore. The funds in the bottom quintile had an average corpus size of close to Rs 4,000 crore. Ravi feels that the “sweet spot for a small cap fund is a corpus size that is between Rs 500 and Rs 2,000 crore.”

Past performance is no guarantee for future returns

The best performing of all equity funds in our set of equity funds was JM Large Cap Fund. Between January and March 2020, it fell by just under 12 percent. The scheme doesn’t have a stellar track record, but has been around more than 10 years. Over the past 10-year period, it has returned 5.54 percent, as against the category average of 7.05 percent; the 2020 market crash having eroded much of the gains made by equity funds in this specific 10-year period.

This year, however, the scheme has played smart. As per its March 2020-end portfolio, it had invested 28 percent in cash. “We want to be conservative. As equity funds have a mandate to invest atleast 65 percent in equities at all times, we are open to sitting on cash beyond the 65 percent limit. Once the market volatility eases, then we’ll consider buying more equities,” says Bhanu Katoch, Chief Executive Officer, JM Financial mutual fund.

A small corpus (Rs 3,154 crore) also helped the fund. Satish Ramanathan, who was the former head of equities at Sundaram Asset Management, has just joined JM Financial mutual fund as the chief investment officer – Equity. To be sure, JM Equity’s long-term track record still remains dismal and just one quarter of good performance doesn’t change the way the fund ought to be looked at.

This article appeared on Moneycontrol.com under a paid subscription. We are reproducing here as it covers our Comments in media and to take the message to our client.