If you can endure pain in to short term, you can win big in the long term.

In the last fifteen years, we have lived through at least two market crashes. Despite that the market bounced back to new highs what does this demonstrate?.

The next time you think it’s a good idea to get in and out of the market based on some vague notion that you can predict ups and downs, remember the first paragraph. And this: smart investing is not complicated, but it can be terribly difficult.

The single biggest reason why most investors fail is simple and widespread: Money flows in and out of assets at exactly the wrong time — in just when things are expensive, and out just as they’re cheap. Over the course of a lifetime, this kind of investment behaviour can literally be the difference between retirement and no retirement.

Part of the reason investors second-guess stocks is due to how returns have been marketed. The concept investors have been told time and time again is that stocks return something like 9% to 11% a year over the long run — better than any other asset class. And that’s true. They have. 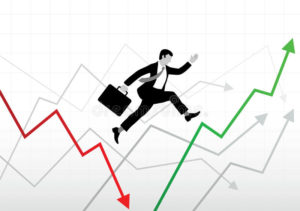 But that can be misinterpreted to imply that stocks return 9% to 11% every year. They most certainly do not. While the long-term average annual return works out to 9% to 11% a year, what happens in between is wild and chaotic.

But what if we can time the market to avoid the bad times, you ask? You can’t. We can’t. Nobody can. It’s implausible to think anyone can avoid the worst days and hit the best days without simply being lucky. And your investment strategy can’t be based on being lucky.

The best way to build wealth is to buy good companies at good prices and hold them for a long time. That could mean having to endure a few years — sometimes several years — of really bad performance. That’s OK. It happens. It’s a perfectly normal part of stocks’ long-term superior performance, as counterintuitive as it seems. In fact, volatility scares enough people out of the market to generate superior returns for those who stay in. 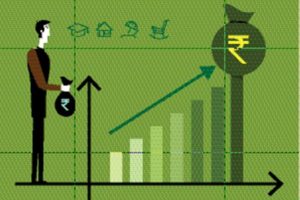 For most investors the surest way to build wealth is to be invested, stay invested, and not get scared out because of temporary fears. Many will ignore or forget that advice. And most of them will end up poorer than if they had not. It’s happened in the past, and it will happen in the future.

The bottom line is this – and it has been proved time and again – Crises pass, and markets eventually regain equilibrium. The index has hit new highs time and again every few years. This is something investors should never forget, and the headline.