How to do Long Term 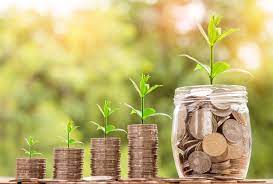 “Nothing will ever separate us. We will probably be married another ten years.”

Long-term thinking is easier to believe in than accomplish.

Most people know it’s the right strategy in investing, careers, relationships – anything that compounds. But saying “I’m in it for the long run” is a bit like standing at the base of Mt. Everest, pointing to the top, and saying, “That’s where I’m heading.” Well, that’s nice. Now comes the test.

Long term is harder than most people imagine, which is why it’s more lucrative than many people assume. Everything worthwhile has a price, and the prices aren’t always obvious. The real price of long term – the skills required, the mentality needed – is easy to minimize, often summarized with simple phrases like “be more patient,” as if that explains why so many people can’t.

To do long term effectively you have to come to terms with a few points.

1. The long run is just a collection of short runs you have to put up with.

Saying you have a 10-year time horizon doesn’t exempt you from all the nonsense that happens during the next 10 years. Everyone has to experience the recessions, the bear markets, the meltdowns, the surprises and the memes at the same time.

So rather than assuming long-term thinkers don’t have to deal with nonsense, the question becomes how can you endure a neverending parade of nonsense.

Long-term thinking can be a deceptive safety blanket that people assume lets them bypass the painful and unpredictable short run. But it never does. It might be the opposite: The longer your time horizon the more calamities and disasters you’ll experience. Baseball player Dan Quisenberry once said, “The future is much like the present, only longer.”

Dealing with that reality requires a certain kind of alignment that’s easy to overlook:

2. Your belief in the long run isn’t enough. Your investors, coworkers, spouses, and friends have to sign up for the ride.

An investment manager who loses 40% can tell his investors, “It’s OK, we’re in this for the long run,” and believe it. But the investors may not believe it. They might bail. The firm might not survive. Then even if the manager turns out to be right, it doesn’t matter – no one’s around to benefit.

The same thing happens when you have the guts to stick it out but your spouse doesn’t.

Or when you have a great idea that will take time to prove, but your boss and coworkers aren’t as patient.

These are not rarities. They’re some of the most common outcomes in investing.

A lot of it comes from the gap between what you believe and what you can convince other people of. Intelligence vs. storytelling.

People mock how much short-term thinking there is in the financial industry, and they should. But I also get it: The reason so many financial professionals stray towards short-termism is because it’s the only way to run a viable business when customers flee at the first sign of trouble. But the reason customers flee is often because investors have done such a poor job communicating how investing works, what their strategy is, what they should expect as an investor, and how to deal with inevitable volatility and cyclicality.

Eventually being right is one thing. But can you eventually be right and convincing to those whose support you rely on? That’s completely different, and easy to overlook.

3. Patience is often stubbornness in disguise.

But changing your mind is hard because fooling yourself into believing a falsehood is so much easier than admitting a mistake.

Long-term thinking can become a crutch for those who are wrong but don’t want to change their mind. They say, “I’m just early” or “everyone else is crazy” when they can’t let go of something that used to be true but the world moved on from.

Doing long-term thinking well requires identifying when you’re being patient or just stubborn. Not an easy thing to do. The only solution is knowing the very few things in your industry that will never change and putting everything else in a bucket that’s in constant need of updating and adapting. The few (very few) things that never change are candidates for long-term thinking. Everything else has a shelf life.

4. It’s hard to know how you’ll react to decline.

If I say, “How would you feel if stocks fall 30%?” you probably picture a world where everything is the same as it is today except stock prices are 30% lower. And in that world it’s easy to say, “That would be fine, I’d even see it as an opportunity.”

But the reason stocks fall 30% is because there’s a terrorist attack, or the banking system is about to collapse, or there’s a pandemic that might kill your whole family.

In that context, you might feel different. You might switch from an opportunistic mindset to a survival mindset. You might not have the endurance you once imagined.

5. Long term is less about time horizon and more about flexibility.

If it’s 2010 and you say “I have a 10-year time horizon,” your target date is 2020. Which is when the world fell to pieces. If you were a business or an investor It was a terrible time to assume the world was ready to hand you the reward you had been patiently awaiting.

A long time horizon with a firm end date can be as reliant on chance as a short time horizon.

Time is compounding’s magic whose importance can’t be minimized. But the odds of success fall deepest in your favor when you mix a long time horizon with a flexible end date – or an indefinite horizon.

Ben Graham said, “The purpose of the margin of safety is to render the forecast unnecessary.” The more flexibility you have the less you need to know what happens next.

And never forget Keynes: “In the long run we’re all dead.”

This Blog is from ‘CollaborativeFund.com, written by Morgan Housel. Reproducing here with all credit for our readers.